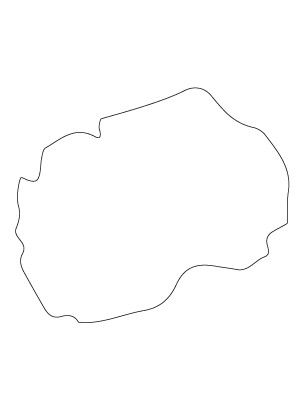 Regarding the Republic of North Macedonia, political stability plays an important role in the economic processes. Macro balances are sustainable, the economy is well adjusted to the fixed exchange rate and the relatively low fiscal deficit. The financial sector is in better shape than in most Balkan countries, e.g. in terms of nonperforming loans.

The open trade regime has been well functional, and North Macedonian external balances have proved sustainable in the last decade. Credit agencies have confirmed North Macedonia’s credit rating with positive outlooks. The government, which has been formed in May 2017, has relatively stable majority in the National Assembly, has business-friendly orientation and has taken a pro-active approach in implementing critical reforms to rekindle growth and give EU and NATO accession prospects a new push. The government has taken a pro-active approach in resolving the country’s name issue with Greece, which resulted in the signing of the final agreement for the settlement of differences between the two countries on June 17th 2018, and the agreement in currently in the ratification procedure.

The Republic of North Macedonia has been a candidate for accession to the European Union since 2005. On July 17th 2018 the country started the screening process, and the accession negotiations are expected to start in 2019. At the same time, in the past years, the country has actively supported the NATO-led missions and has worked with the Allies and other partner countries in many other areas, whilst actively working on the needed democratic, institutional, security sector and defence reforms. The country’s formal accession negotiations for NATO membership started on October 18th 2018, and North Macedonia is expected to become the next, 30th member-country of NATO in 2019.

According to the latest Doing Business report of the World Bank for 2018, Republic of North Macedonia has been ranked 10th in the overall ease of doing business ranking worldwide.

The Republic of North Macedonia has been nurturing an attractive business climate by offering investment incentives in the form of more favourable tax regimes when compared to other countries, bilateral double-taxation and multilateral trade agreements, as well as a cheap and effective labour force. North Macedonia has generally strived to achieve a high level of foreign trade liberalization by being a signatory of five trade agreements – EFTA, CEFTA, SAA (Stabilisation and Association Agreement) with EU member-states, Turkey and Ukraine. Furthermore, it signed agreements for the avoidance of double taxation and investment protection treaties with many European countries.

The Stabilization and Association Agreement between the Republic of North Macedonia and the EU entered into force on 1 April 2004. It guarantees the alignment of national legislation with EU laws, while conditions for investment and business are becoming recognizable and predictable for foreign investors. The SAA has entered the second phase of its application in 2019, and North Macedonia is awaiting to receive the date for starting the negotiations for EU accession during the current year. In June 2018, the country signed an agreement for the settlement of differences with neighbouring Greece, resulting with the change of the name of the country into North Macedonia, thus resolving the several decades long international dispute. Following the agreement between North Macedonia and Greece, the permanent representatives to NATO of the member states signed a protocol on the accession of North Macedonia to NATO on 6 February 2019.

1. Investment laws - Local legislation related to investment is comprised of national laws and bilateral and multilateral international treaties and aims to enhance the investment environment in the Republic of North Macedonia and provide equal treatment of foreign and domestic investors. The legislation puts foreign companies on roughly the same ground, while North Macedonia consistently provides support and treatment to foreign investors among other methods of attraction. The Government also provides numerous incentives, such as tax breaks and subsidies, to attract foreign investment. Foreign investors are allowed to invest directly in all industry and business sectors except those limited by law. Investment in the production of weaponry and narcotics is subject to Government approval. Investors in some sectors, such as banking, financial services, and insurance, must meet certain licensing requirements that apply equally to both domestic and foreign investors. North Macedonia has taken considerable steps to establish a greener presence and a reputation in the region by establishing a system of integrated permits for industrial facilities considered to be significant polluters.

2. Corporate law - Foreign investors wishing to establish a business presence in North Macedonia have an opportunity to incorporate a branch office or representative office of the foreign company. In general, a business presence in North Macedonia can be established within 1-3 working days. There are 5 forms of business entities: general partnership, limited partnership, limited liability company, joint stock company and limited partnership with stocks.

3. Tax regime - The tax regime in North Macedonia is among the most competitive for business activities. Corporate income tax is 10% for all entities and is one of the lowest in Europe. The country introduced one of the most attractive tax packages in Europe – 0% tax on retained earnings, 10% corporate income tax, sales tax on real estate and rights from 2% to 4%, from 0.1% to 0.2% property tax, VAT at 18% (5% on specific items). The general personal income tax rate is 10%, with a higher rate of 18% applicable to the part of the income exceeding EUR 1,500 on a monthly basis. A 15% personal income tax rate is applicable to specific types of income, such as royalties, capital gains, incomes from games of chance etc. North Macedonia has for some time now introduced the Technological-Industrial Development Zones (“TIDZ”) – which are investment-friendly areas on the territory of the Republic of North Macedonia, conceived to serve high-tech clean industry. Companies enjoy certain incentives in regards to special customs and tax regimes, such as (i) corporate income tax exemption for the first 10 years; (ii) personal income tax exemption on salaries for the first 10 years; (iii) certain custom fees exemptions, as well as additional incentives with regard to building costs, free infrastructure and connection to utilities as well as assistance for education costs for workers.

5. Labour Law - The Labour Law and other labour legislation regulate the relations between employees and employers by individual agreements and collective agreements. The Labour Law is generally in line with international labour standards and, as such, applies to both domestic and foreign investments equally. From a potential investor’s point of view, the main disadvantage of the existing Labour Law is the strengthened protection of employees and the difficult conditions for cancelling employment agreements. The procedure for as well as temporary residence are regulated by the Law on Foreigners and the Law on Employment and Work of Foreigners.

North Macedonia has a very favorable tax policy, whereas Value added tax (VAT) is 18% and corporate tax is 10%. There a€re numerous tax incentives for investors for creating new jobs, for establishing and enhancement of the cooperation with local suppliers, for establishing technological development and research departments, for investment projects of significant economic interest for North Macedonia, for increase of capital investments and incomes, and for acquisition of companies that are facing difficulties. Additionally, there are incentives for investments in Technological industrial development zones (TIDZ), and the country has signed treaties on avoiding double taxation with 49 countries.

The set of incentives is comprised of tax relief measures and/or cash grants for diferent purposes. The various supports may be combined.

The companies applying for the measures of the industrial policy on stimulating investments and competitiveness of the North Macedonian economy need to meet the following fundamental (and eligibility) criteria:

The measures provide for the following incentives:

The support is granted under the following criteria:

The payment is performed annually after the company submits the final statement for the previous year and documents proving the amount of the incurred justified investment costs for industrial research.

The investment project shall be considered as of significant interest if one of the following criteria is met:

The state aid can be realized in the following forms:

The assistance is one-time payment provided after the renewal of the manufacturing process. Documents are delivered proving the value of the purchased assets and prove the commencement or restarting of the activity.

The aim of the TIDZ is to support the development of high modern technologies through an application of the highest environmental standards. The establishment, development and monitoring of the zones is carried out by the Directorate for Technological Industrial Development Zones. There are currently several operational TIDZs in North Macedonia – two in Skopje, one in Tetovo, Stip, Struga, Prilep, Kichevo and Rankovce.

Investors in TIDZ are offered the following incentives:

The users of the TIDZ may also benefit from the incentives provided through the „Plan for economic growth“ if eligibility criteria are met and if the interested applicant is not user of the same type support thorugh any state aid scheme or other types of public resources suport.

The Republic of North Macedonia has signed the agreements on avoidance of double taxation with 49 countries which refer to the laws that regulate corporate income tax, property tax and individual income tax. Depending on the particular country, it is provided to pay certain taxes only in one country, if the taxpayer is operating a business in two countries which have signed the agreement. There is the list of countries  in the following table.

There are 8 active free economic zones in the North Macedonia, the majority of which are publicly operated (the exception being one PPP in Tetovo). The zones house 21 foreign and 2 domestic companies. These zones produced 31% of all exports in 2014.

Types of incentives in the North Macedonia

2This period (for profit tax and PIT) can be shorter if the maximum intensity of state aid is reached earlier which is in line with the Law on state aid and EU law. This rule also applies for to the other tax/ custom incentives

One big advantage for our company is our position geographically. We are situated in the crossroad of the Balkans and have easy access by road to most European countries.